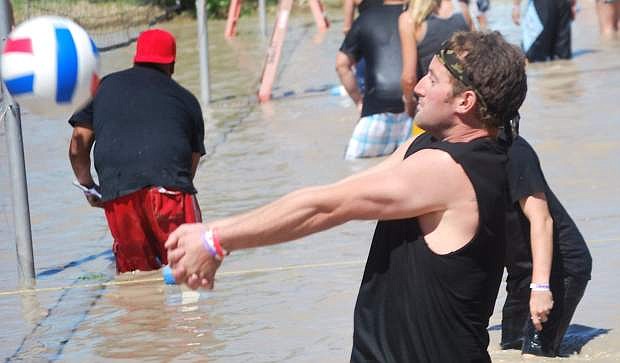 Mud volleyball is a Labor Day weekend favorite at the Fallon Cantaloupe Festival.