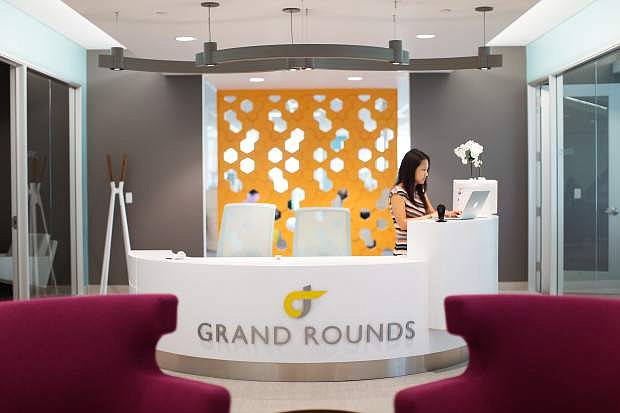 The reception area at Grand Rounds&#039; office in northern Nevada.