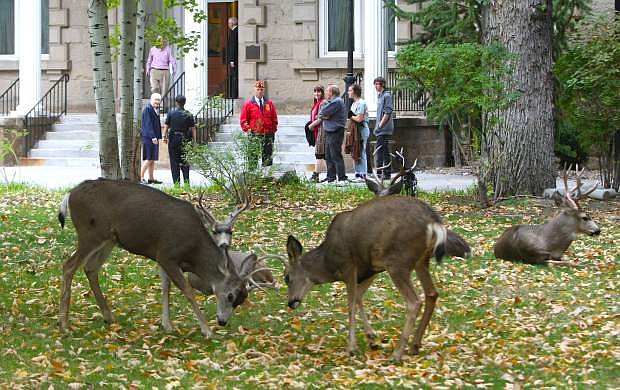 A small group of bucks gather on the lawn in front of the Capitol building recently.