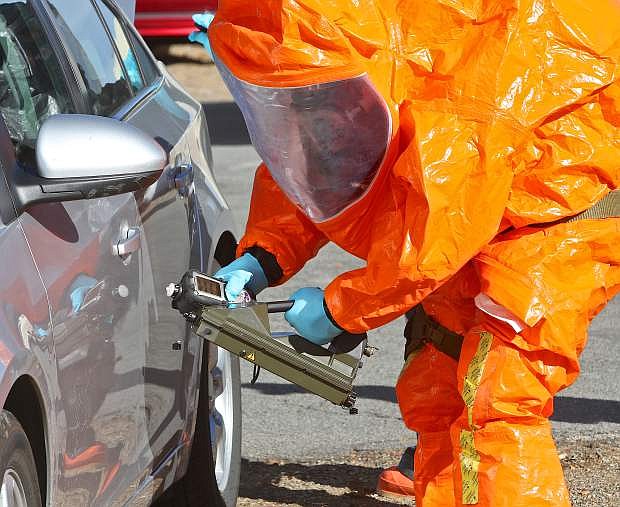 A 92nd Civil Support Team member takes a reading on the first of 3 vehicles during a training exercise at Fire Station 52 Thursday in Carson City.