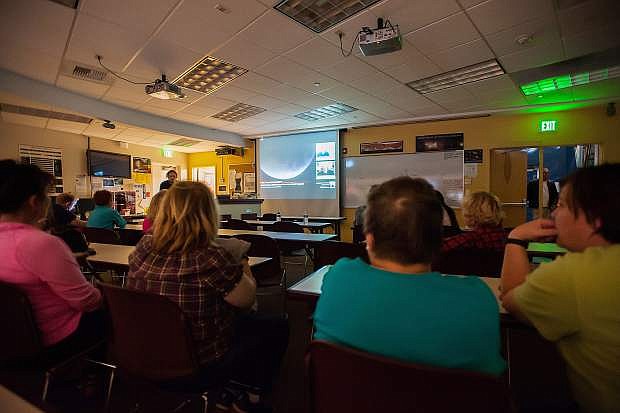 Visitors at the Jack C. Davis Observatory watch a live stream of the supermoon eclipse as the event above Western Nevada College was obscured by clouds in Carson City.