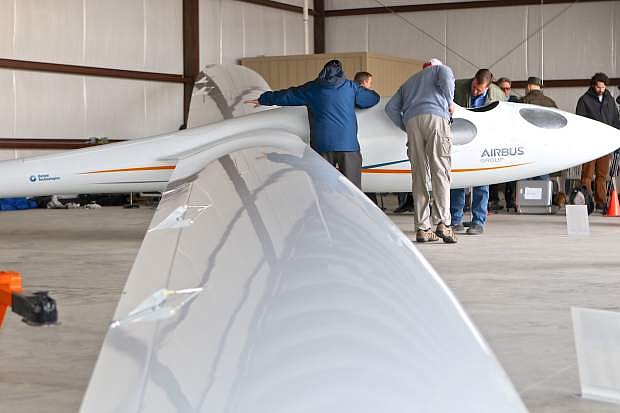 The Perlan 2 glider is on display in its new hangar at the Minden Airport Wednesday.