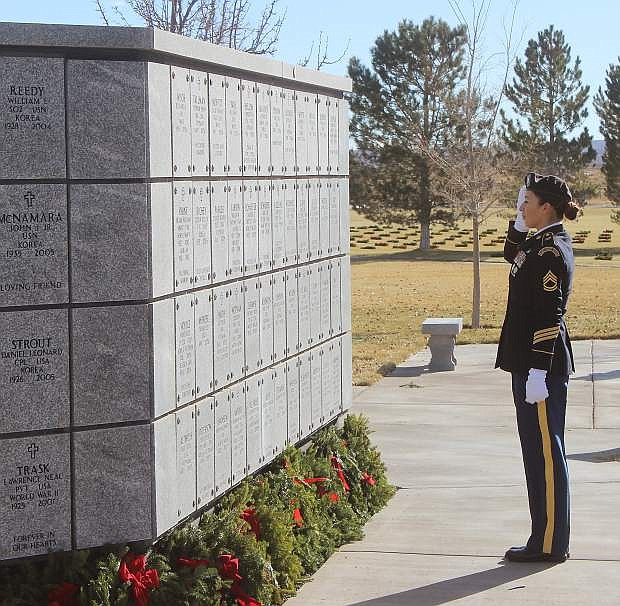 Sgt. First Class Mayra Serrano of the Nevada Army National Guard salutes after placing a wreath at the Northern Nevada Veterans Memorial Cemetery in Fernley as part of the Wreaths Across America program.