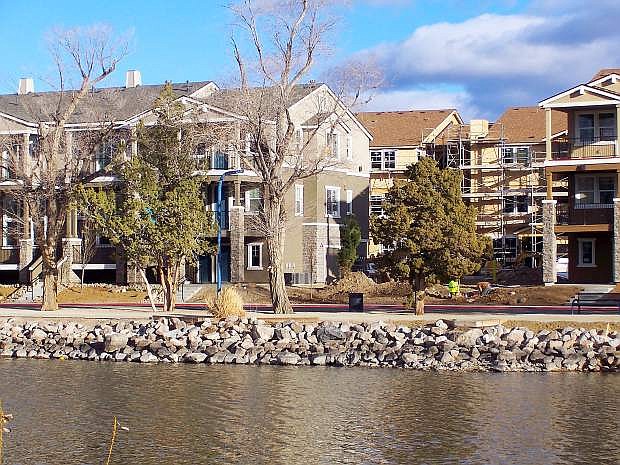 Work continues on the Silverwing Development project, Edge Water at Virginia Lake. Some of the apartments and condominiums in the complex have residents already, while construction will continue into 2016 on other buildings.