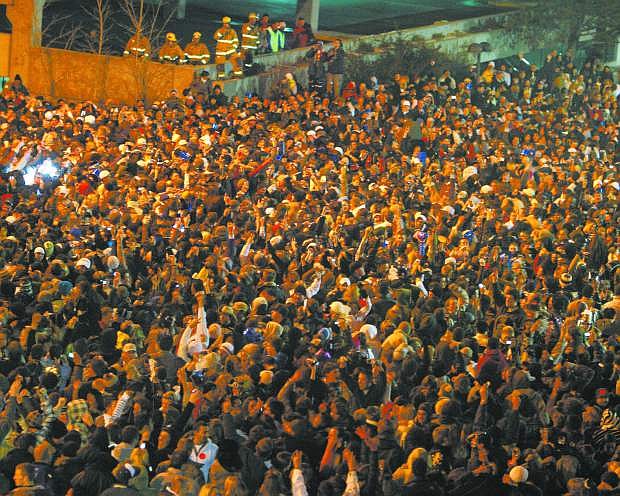 An estimated crowd of 45,000 gathered in the casino corridor to ring in the New Year Monday night.