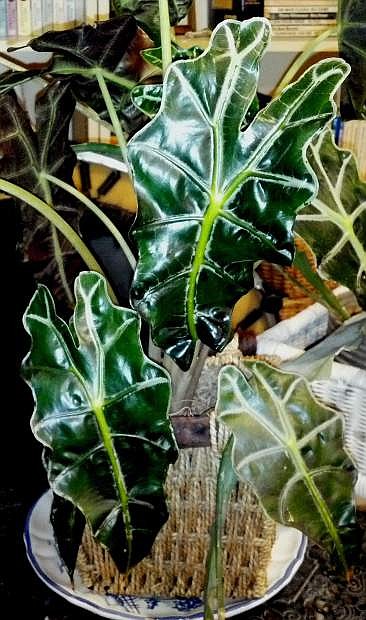 Leaves on an Alocasia plant look like elongated elephant ears.