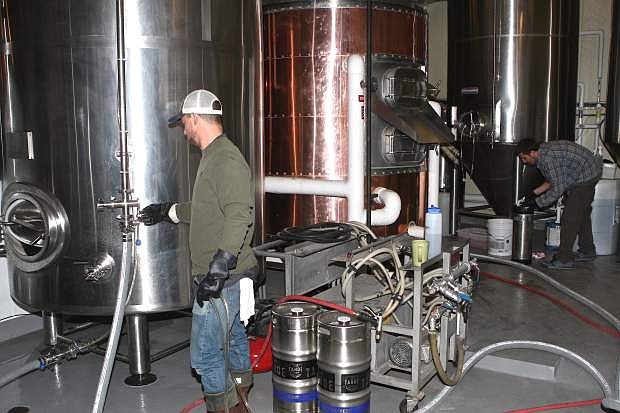 Bryan Borgmeier preps a tank while Elijah Pasciak adds raspberries to a batch of brew Thursday at the Lake Tahoe Brewing Company in Carson City.