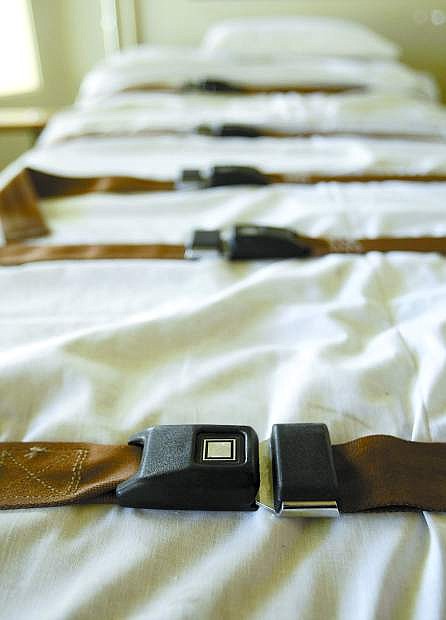 Straps on the bed in the execution chamber at Nevada State Prison are seen in this 2011 file photo.