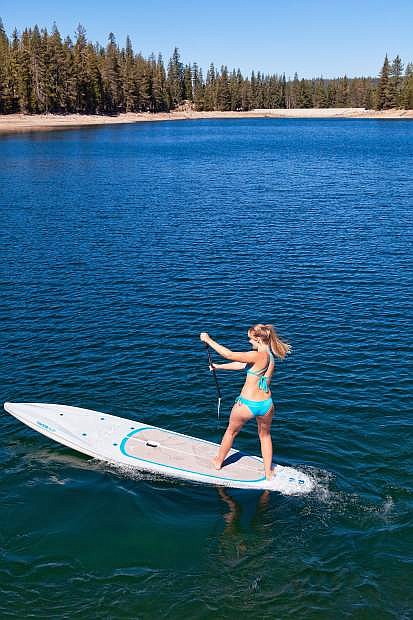 An example of Open Air Dynamics&#039; paddleboards. These paddleboards are not built like surfboards with foam and fiberglass and composite materials traditionally used.