Attorney General ‘never had a doubt’ 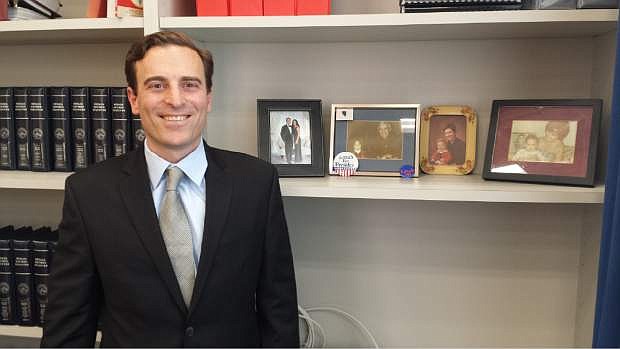 In this Jan. 14, 2015 photo, Nevada Attorney General Adam Laxalt poses in his office in Carson City, Nev. with photos of his family. Laxalt has been flying into headwinds from the time he announced his campaign for attorney general, so it was fitting that a blizzard hit central Nevada on the December day when he drove north to take office as the state&#039;s top lawman. (AP Photo/Michelle Rindels))