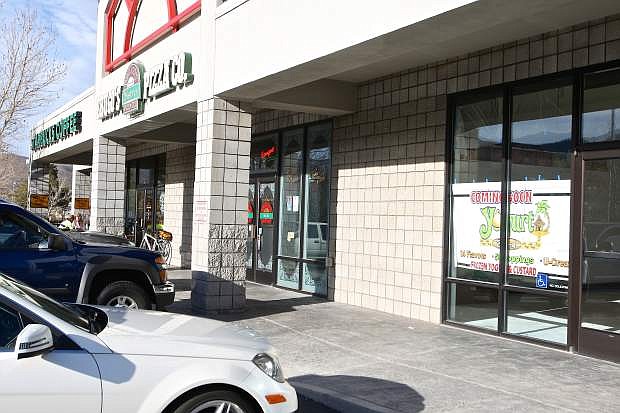 Yogurt Beach will be a new tenant next door to Starbucks and Brugo&#039;s Pizza in the old K-Mart Shopping Center in north Carson as shown here on Friday.