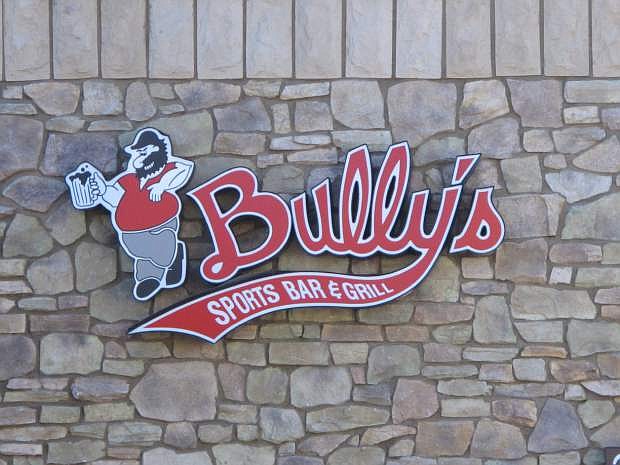 The logo is pictured Tuesday, Feb. 24, 2015, on a Bully&#039;s Sports Bar &amp; Grill iin east Sparks _ one of seven that make up the largest chain of sports bars in northern Nevada. A federal lawsuit filed in U.S. District Court in Reno accuses Bully&#039;s of violating U.S. labor laws by misclassifying cooks and kitchen managers as executives to avoid paying them overtime. Lawyers for both sides filed a motion on Wednesday asking for a case management hearing to be postponed until April 27. (AP Photo/Scott Sonner)