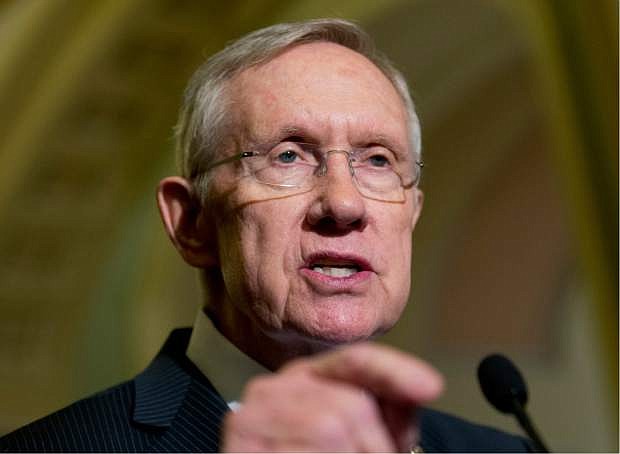 FILE - In this Nov. 18, 2014 file photo, Senate Majority Leader Harry Reid, D-Nev. speaks during a news conference on Capitol Hill in Washington. Reid was hospitalized after suffering an injury while exercising in his Nevada home. His office says Reid broke a number of ribs and bones in his face. The injury occurred when a piece of equipment Reid was using to exercise broke, causing the senator to fall. (AP Photo/Carolyn Kaster, File)