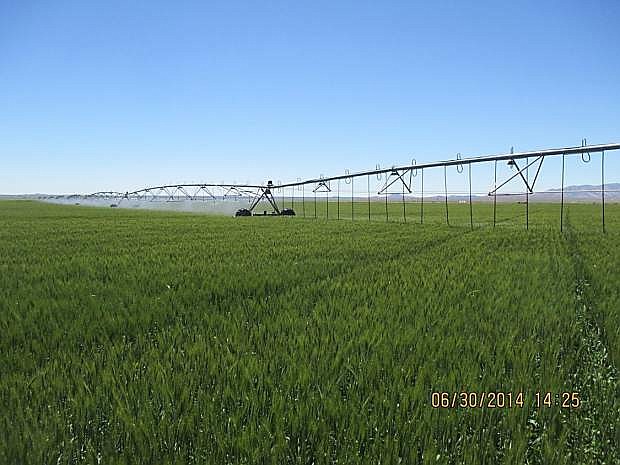 A low energy spray application irrigation system in Arco, Idaho is similar to one installed in Diamond Valley in Eureka County. The goal is to reduce water and energy needed to irrigate alfalfa and Timothy hay crops.