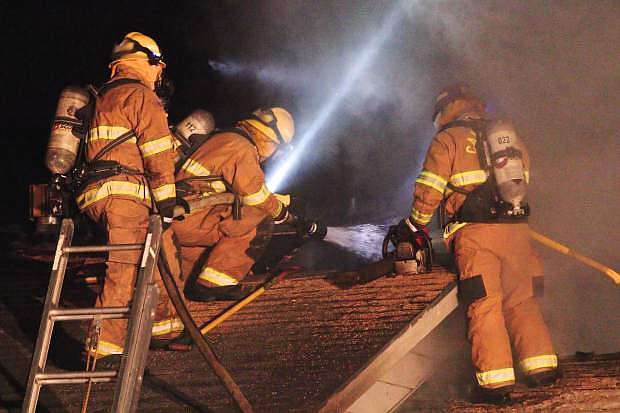 Three firefighters try to knock down the flames on the roof at 3690 Shawnee Saturday night.