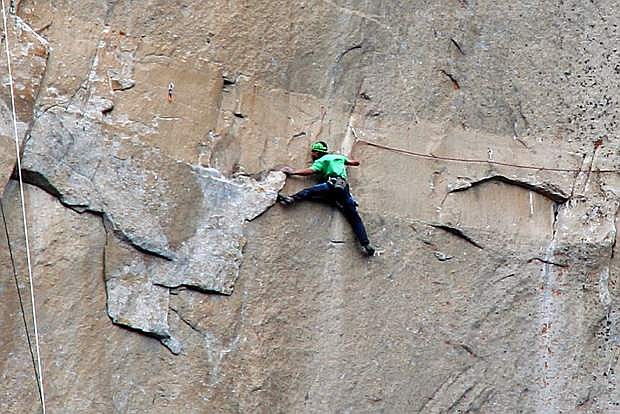 In this Jan. 9, 2015 photo provided by Tom Evans, Kevin Jorgeson climbs on what is known as pitch 15 during what has been called the hardest rock climb in the world: a free climb of El Capitan, the largest monolith of granite in the world, a half-mile section of exposed granite in California&#039;s Yosemite National Park. The first climber reached its summit in 1958, and there are roughly 100 routes up to the top. (AP Photo/Tom Evans, elcapreport)