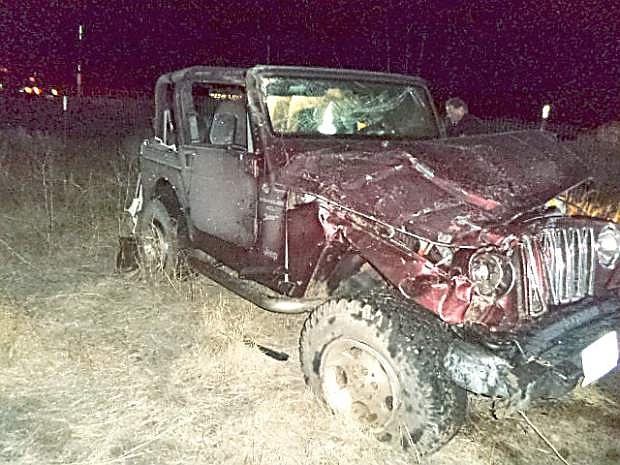 A 2001 Jeep involved in a fatal crash at Glenbrook this morning.