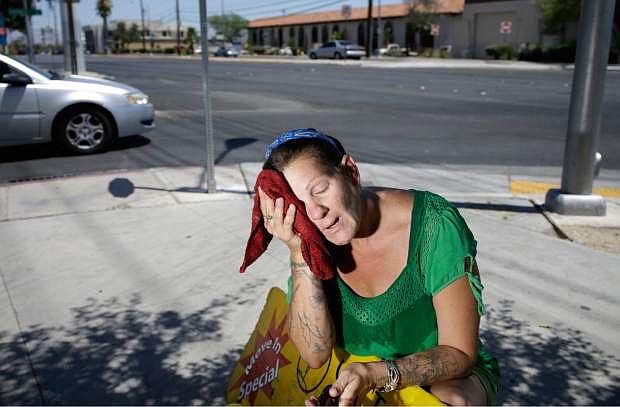 FILE - In this July 1, 2014 file photo, Amanda Ouellet wipes her face with a cold wet towel to cool off while working outside holding an advertising sign in Las Vegas. Federal science officials announced Friday that for the third time in a decade, the globe sizzled to the hottest year on record. Both the National Oceanic and Atmospheric Administration and NASA calculated that in 2014 the world had its hottest year in 135 years of record-keeping. Earlier, the Japanese weather agency and an independent group out of University of California Berkeley also measured 2014 as the hottest on record. (AP Photo/John Locher, File)