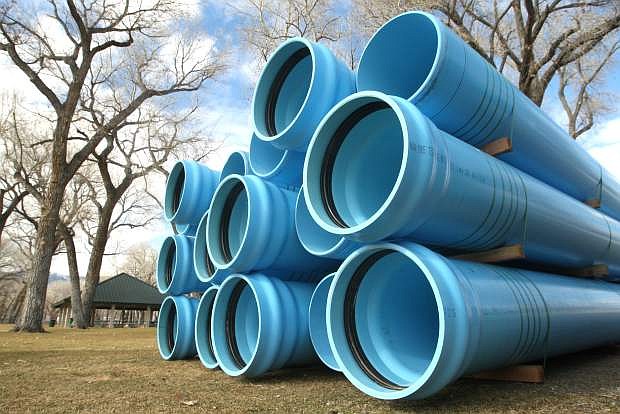 Large pipes are stored at Mills Park for a water and sewer project.