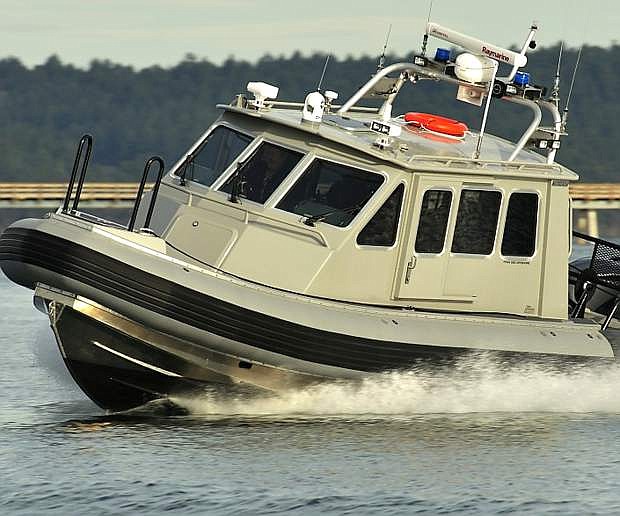 A look at a Titan T280 Pilot aluminum boat. One similar to this is being retrofitted to become the new Marine 9 patrolling Lake Tahoe this summer.