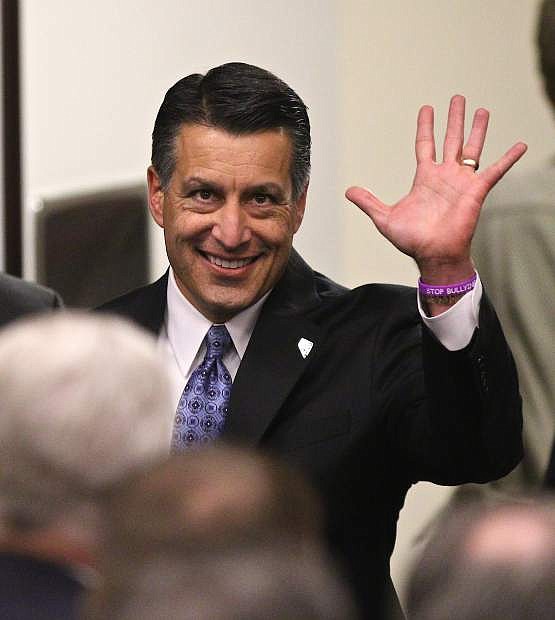 Governor Brian Sandoval enters the legislative assembly chambers on Thursday night for his state of the state address.