Drop in the bucket still helps, even if just a little 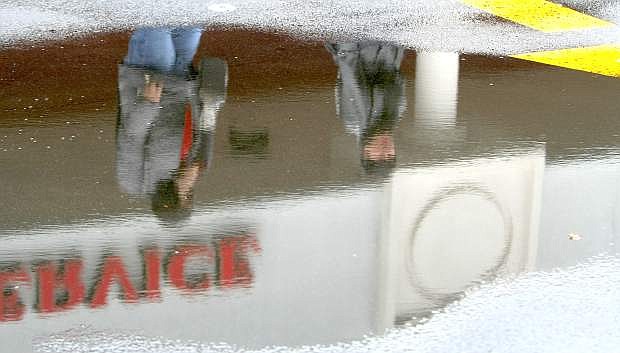 Shoppers leaving the Carson Mall are reflected in a small puddle in the parking lot on Tuesday.