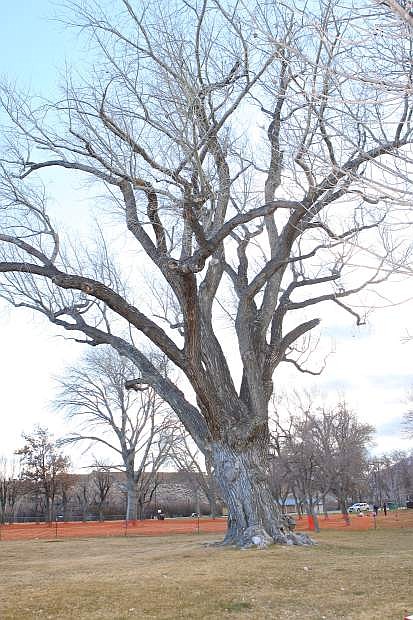 A large cottonwood in Fuji Park, shown here Friday, that&#039;s been deemed a hazard due to falling limbs is slated to be removed by the city.