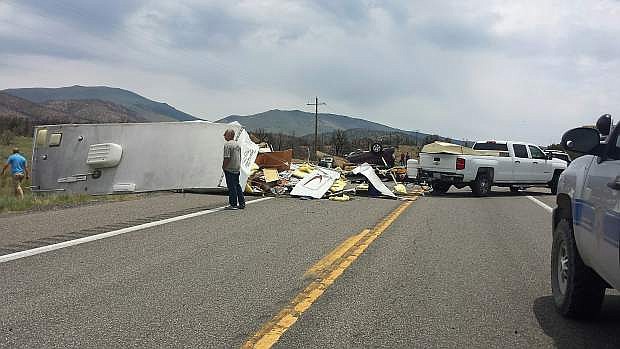 What appears to be a travel trailer is strewn over the highway on Sunday after a three-vehicle collision on Sunday.