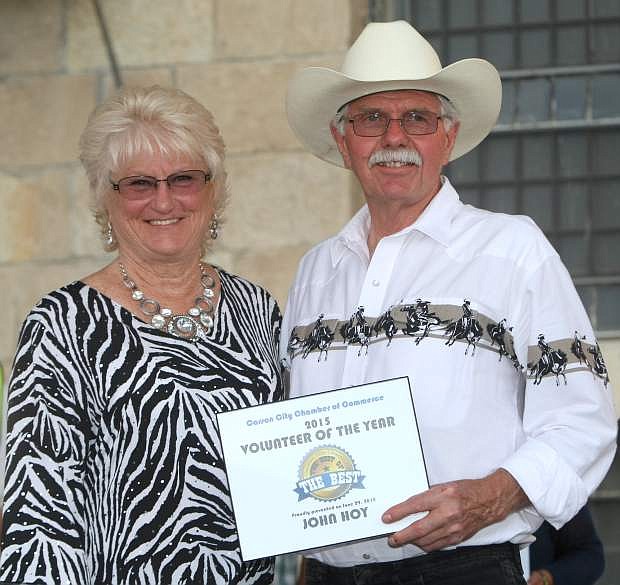 Chair Terrie McNutt presents John Hoy with the Chamber&#039;s Volunteer of the Year award on Monday.