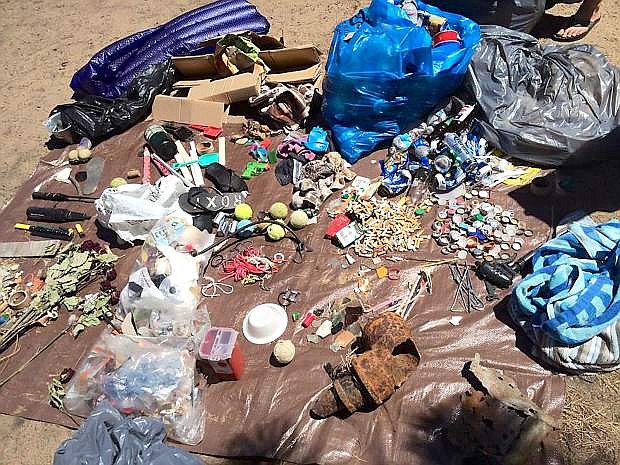 Volunteers picked up plenty of cigarette butts, beer cans and other trash over the Fourth of July weekend in 2014 at Lake Tahoe beaches.