Ken Beaton: Taking one step at a time 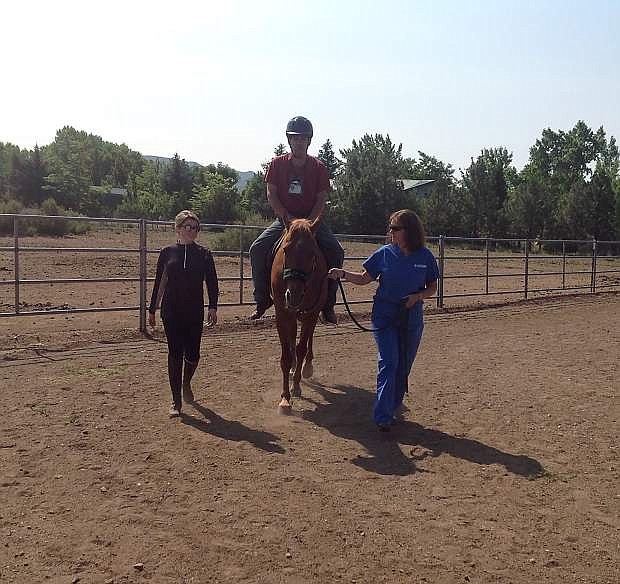 Michael, a veteran, rides Rugar June 26 at the Sierra Therapeutic Equestrian Program, STEP, arena in Washoe Valley. Michael is assisted by volunteers, Lexi, on the left, and Lynn, on the right.