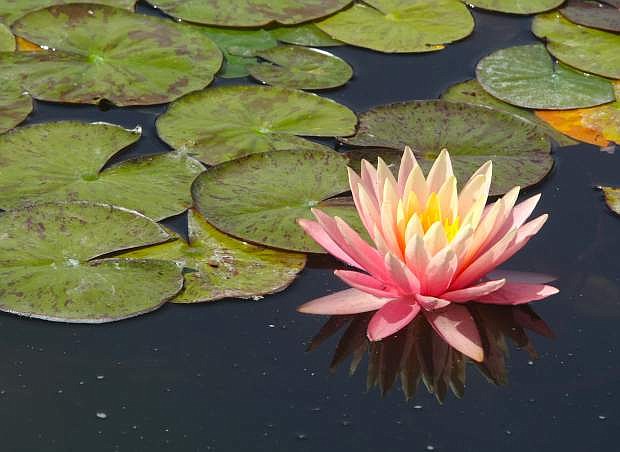 A water lilly blooms in the pond at the home of Patty Graf.