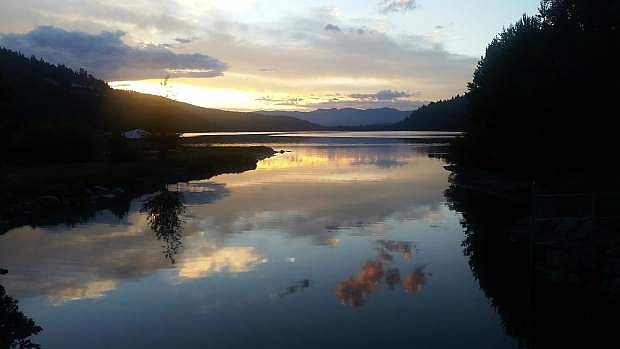 The west end of Donner Lake, as seen at dawn on Wednesday.