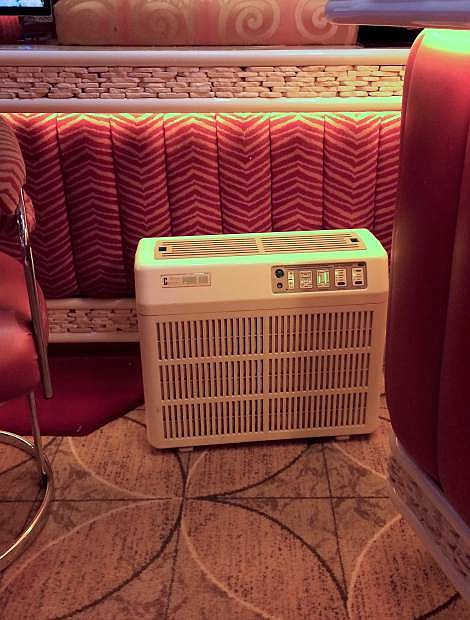 A Catalytic PURE Air unit, manufactured by a Reno company, helps clean the air at Western Village in Sparks.