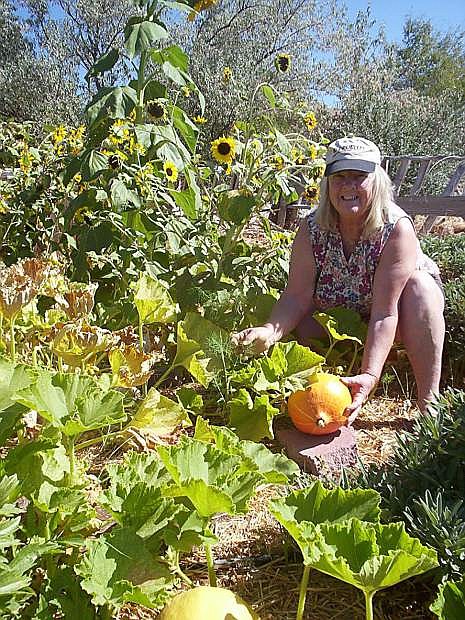 Marcia Litsinger shows off a pumpkin growing at her market garden, Churchill Butte Organics. The Litsingers are part of the coalition of organic producers creating a new private organization, Basin and Range Organics, to continue organic certification in Nevada.