Wildfire watching: Rangers in towers are out, cameras are in 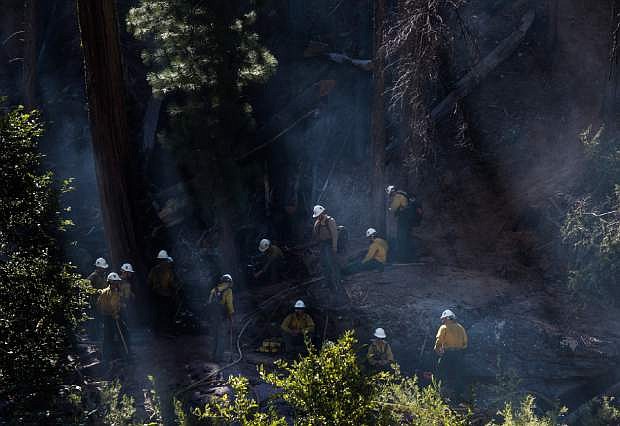 Firefighters take a moment to rest before continuing to contain the burn areas of a wildfire off U.S. Route 50, Saturday, July 25, 2015, in El Dorado National Forest. The blaze broke out Thursday near South Lake Tahoe and has charred more than 200 acres in heavy timber along steep canyon walls. (Andrew Seng/The Sacramento Bee via AP) MANDATORY CREDIT