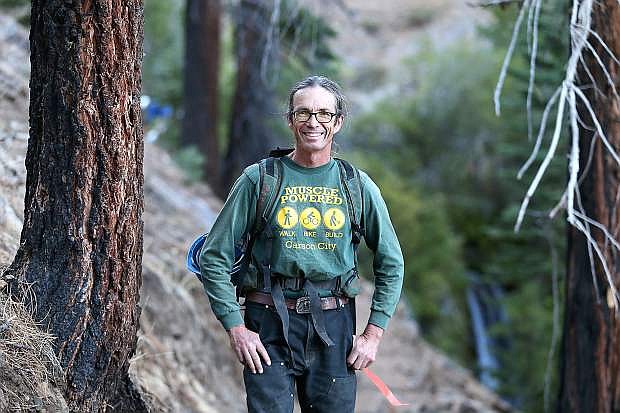 Jeff Potter, the trails coordinator for Muscle Powered, received a national award for the work he did in building and coordinating the Ash to Kings Canyon trail west of Carson City.