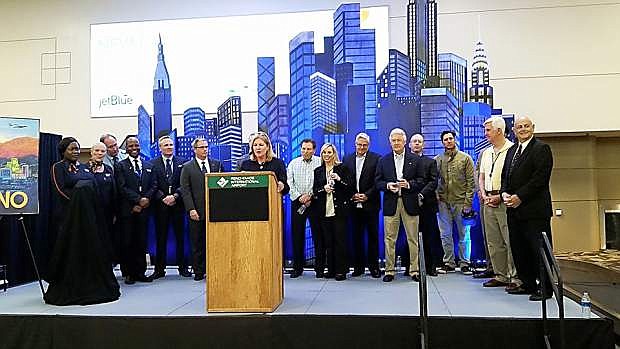 Reno-Tahoe Airport Authority President Marily Mora speaks to passengers and guests during a reception to celebrate JetBlue Airlines inaugural flight to the airport. She is surrounded by flight crew, and officials from the Reno-Tahoe area and JetBlue.