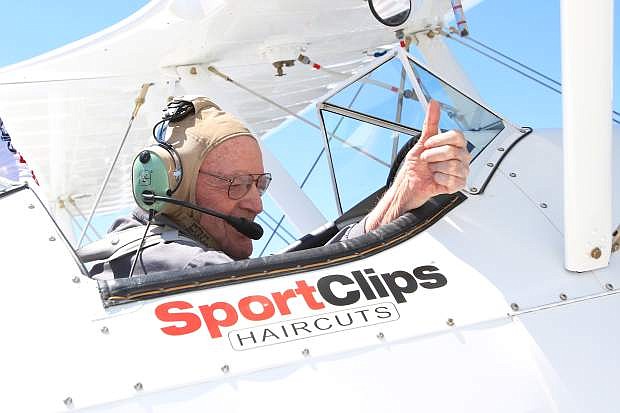 92-year-old George Everest gives a thumbs up prior to takeoff in a 1942 Boeing Stearman bi-plane Friday morning at the Carson City Airport.