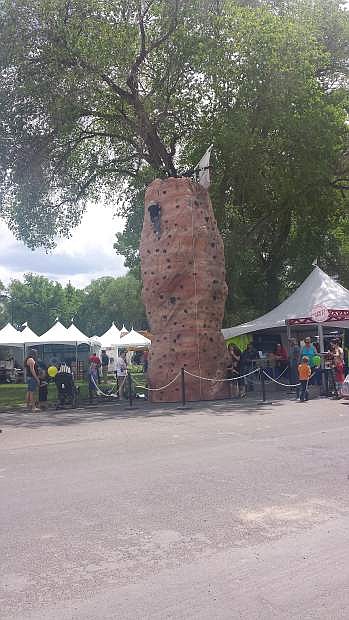 A climbing wall was a fun diversion.