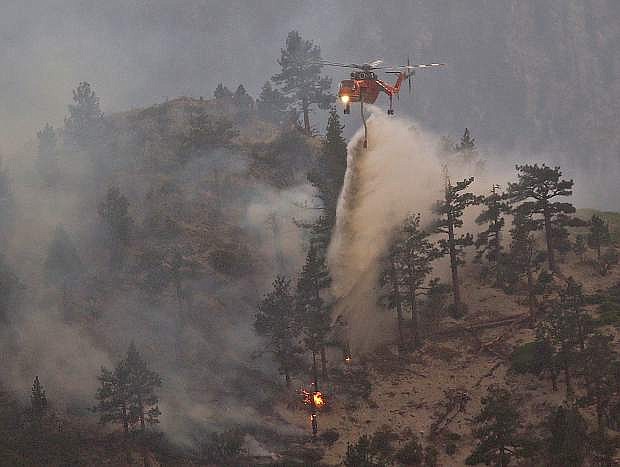 A Skycrane dumps water on a fire burning near Kingsbury Grade on Saturday.