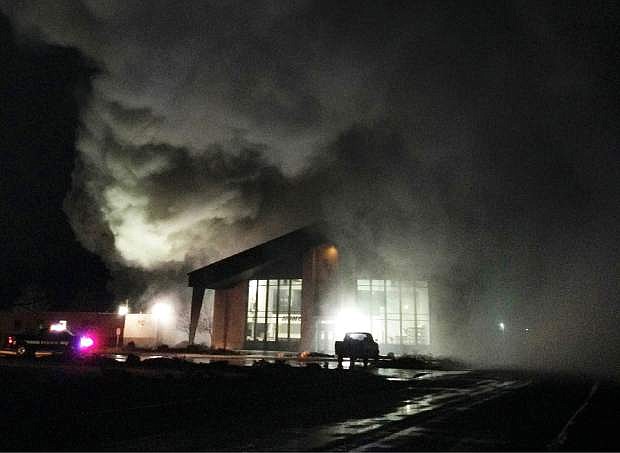 This Feb. 28, 2015 photo shows smoke rising from a fire at the Rite of Passage Silver State Academy near Yerington, Nev. Authorities are investigating a riot at a juvenile rehabilitation camp in northern Nevada where two buildings were set on fire, four staff members hurt and 10 youths briefly escaped before they were recaptured over the weekend. (AP Photo/Mason Valley News, Keith Trout)