3-14-15: Going full circle for math and pastries on a special Pi Day 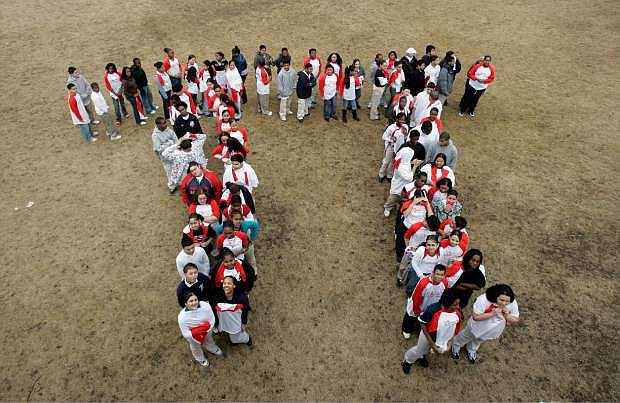 FILE - In this March 13, 2007 file photo, students from the Maurice J. Tobin School makes a human Pi symbol at the school in Boston during a celebration of Pi Day. Saturday is the day when love of math and a hankering for pastry come full circle. Saturday is Pi day, a once-in-a-year calendar date that this time squares the fun with a once-in-a-century twist. Saturday is 3-14-15, the first five digits of the mathematical constant Pi: 3.141592653. So the best time to celebrate is at 9:26 and 53 seconds. The next time that happens is in March 2115. (AP Photo/Chitose Suzuki, File)