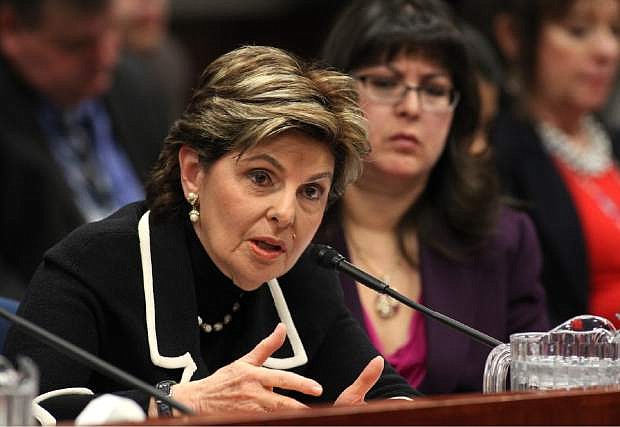 Attorney Gloria Allred and Assemblywoman Irene Bustamante Adams, D-Las Vegas, right, urge lawmakers to support a bill that would remove the criminal statue of limitations for sexual assault cases in Nevada during a hearing at the Legislative Building in Carson City, Nev., on Friday, March 13, 2015. (AP Photo/Cathleen Allison)