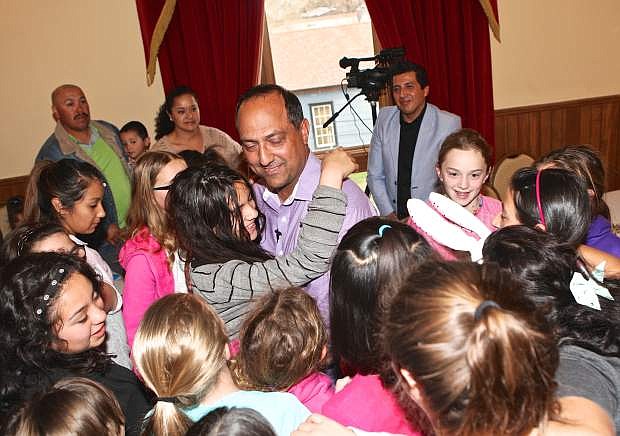 Speaker and coach Ian Hill gets hugs from his team members Saturday morning after speaking for 50 hours straight in an effort to set a world record and raise funds for his team&#039;s travel to an exclusive soccer tournament.