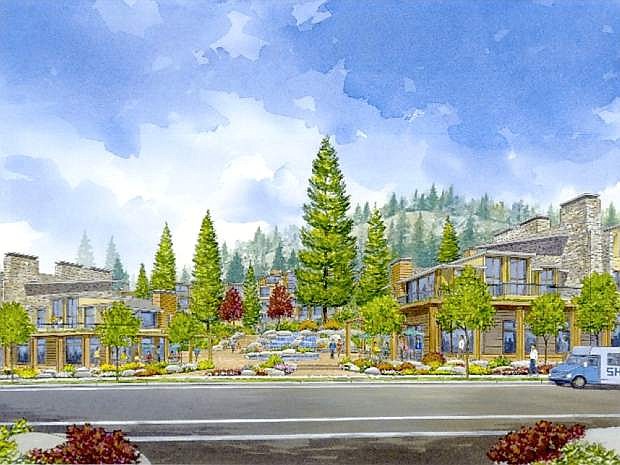 This schematic shows a portion of the Boulder Bay development, as it would be seen from Highway 28 in Crystal Bay, just east of the California border.