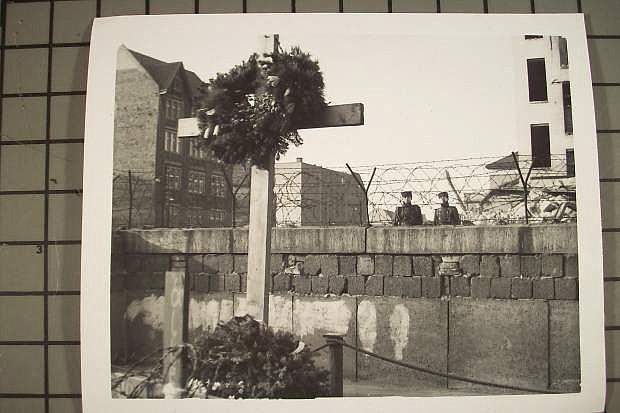 This photo, taken in the early 1960s from West Berlin by LVN columnist David Henley, shows East Berlin border policemen on the East Berlin side of the Berlin Wall looking at a West German memorial honoring an East Berliner who was shot to death attempting to scale the Wall to freedom in West Berlin.