Nevada Legislature: Bill would put animals up for adoption after use in research 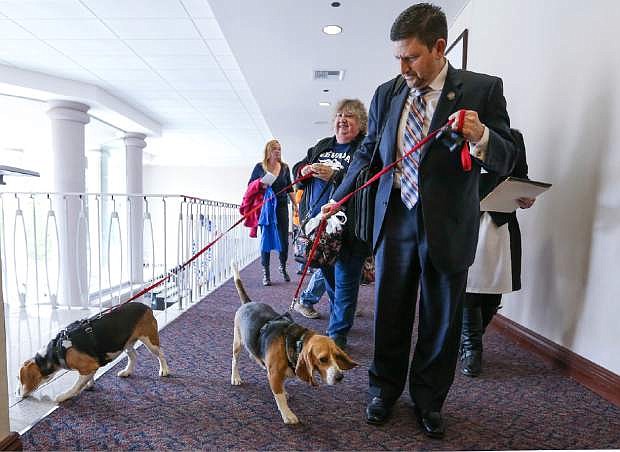 Nevada Sen. Mark Manendo, D-Las Vegas, enters the Legislative Building in Carson Cit on Tuesday with rescue beagles Dean and Luke. Manendo introduced a bill Tuesday that would require labratories that conduct research on dogs and cats to put the animals up for adoption after the study work.