Feds under fire for mass killings of starlings in Nevada 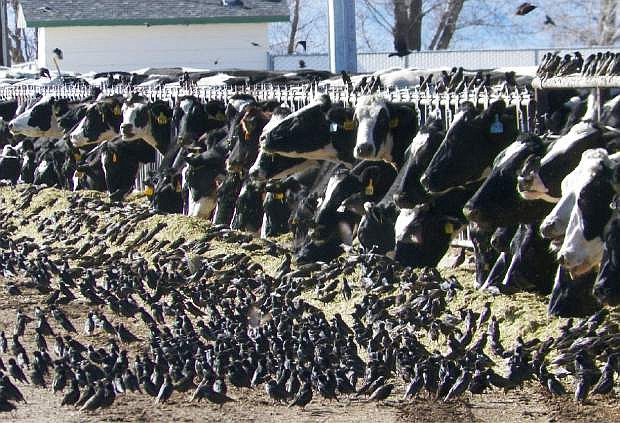 In this undated photo provided by the USDA Animal and Plant Health Inspection Service, a flock of European starlings litter a feedlot in Fallon, Nev. Land owners surprised to discover tens of thousands of dead birds across the high desert are criticizing the federal government over a mass killing of starlings in northern Nevada. An Agriculture Department spokesman said a pesticide was used to destroy the birds to prevent the spread of disease to dairy cows. Some area residents, however, say the government should have done more to alert the public and to dispose of the dead birds. (AP Photo/USDA APHIS, Jack Spencer)