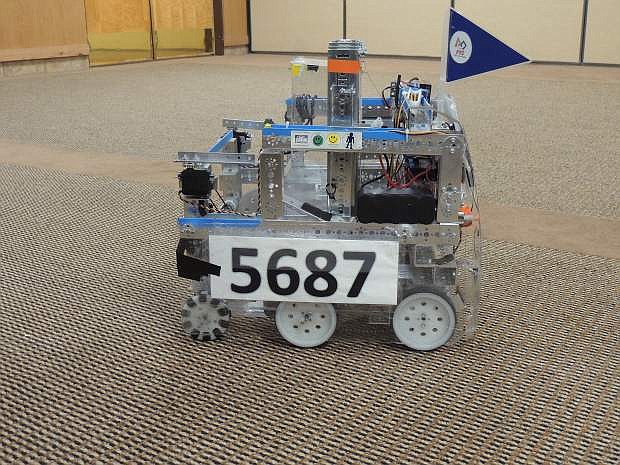 The First Tech Challenge robotic device developed by students is displayed on Wednesday.